We engage in legal services, advocacy, education, media, and organizing to build a movement to protect the human rights of sex workers. We aim to create a world that is safe for all workers and where human trafficking does not exist.

What is Sex Work?

Some people choose sex work because they find it fulfilling and may do it within legalized or criminalized sectors of the sex trades; they may do sex work full-time or in addition to other employment. Some people face circumstances that prevent them from working in other labor sectors or within the formal economies due to migration status, gender identity and expression or other factors, and therefore do sex work to support themselves and their families. While some people in the sex trades, as well as many other labor sectors including farm work, domestic work, construction work, and restaurant work, are coerced, this is known as human trafficking.

How do we protect children being sexually abused and exploited on websites?

There are federal and state laws that prohibit the sexual abuse and exploitation of children, including online. While these laws are imperfect, we support them remaining intact until there are better solutions. Better solutions include properly funding social services, equitable access to education, food, housing, and healthcare, and family and community-based support services that help prevent abuses from happening.

How do we differentiate between Sex Work and Human Trafficking?

People who experience human trafficking have been forced into the sex trade or other labor sectors with no choice. Whereas consensual adult sex workers choose sex work to make a living. Some people work in the sex trades, including migrants, and transgender and gender nonconforming individuals, because of circumstance, as many work options in the formal economies are unavailable. Some sex workers love their work, some hate it, and some feel neutral about it, just as people working in any other job.  Sex work is neither all good nor all bad, just like any other job.

Sex workers are people of every gender, race, religion, economic and educational background, age, and sexuality.  People in the sex trades need their human rights respected, protected, and fulfilled, not rescue.  Raids, arrest, criminalization and rescue/missionary/savior/paternalistic mentalities and policies are all harmful to both sex workers and survivors of human trafficking.  To both address trafficking and protect the rights of sex workers requires building trust and relationships with individuals in the sex trades. What is needed are community–based, trauma–informed, and human rights–based responses that work alongside individuals in the sex trades and support those vulnerable to human trafficking, rather than raids or other forms of traumatic and often violent state interventions.

How does criminalizing sex work affect the LGBTQI+ Community?

Many LGBTQI+ people work in the sex trades. In some cases, due to extreme and persistent discrimination, including employment discrimination, transgender women disproportionately turn to the sex trades for survival. LGBTQI+ people face higher rates of assault and are often prevented from seeking help and reporting for fear of being arrested for street work (Decriminalize Sex Work).

How does sex work relate to the racial justice movement?

Black people, indigenous people, and people of color are targeted by police more often than white people for low-level crimes such as drug possession or loitering. The same is true for sex work. Black women, indigenous women and other women of color are targeted, harassed, and arrested for prostitution crimes at much higher rates than their white co-workers (The Equi Institute).

What effect does this have on migrant populations?

Noncitizens who engage in consensual sex work can be subject to unreasonably harsh penalties under United States immigration law.  Sex workers can be denied visas and lawful residence and prohibited from entering the country.  They can be placed in mandatory detention and be subject to potential deportation under outmoded American immigration laws that vilify sex workers and deem them to be people who lack “good moral character” and commit “crimes involving moral turpitude.”

These immigration laws that target sex workers stem from misguided fears and misunderstandings about about the nature of consensual sex work.  These laws can lead to the separation of loving families and threaten to deprive sex workers of human dignity, in ways that conflict with the understanding of the United States as a country that promotes human rights for migrants.  Decriminalizing sex work, along with comprehensive immigration reform, will go far in eliminating the legal dragnet that jeopardizes the lives, safety, and well-being of sex workers.

What about the spread of HIV/STIs/COVID?

Numerous public health agencies, including the World Health Organization and Joint United Nations Program on HIV/AIDS, have stated that decriminalizing sex work is one of the most important policy shifts necessary to prevent HIV and other sexually transmitted infections (STIs). When sex work is illegal, police often use condoms in a wallet as evidence of sex work, preventing some people from wanting to carry them in large numbers, even from the store to home. Also, as stigma is reduced, using and carrying condoms is known to increase (The Lancet).

How does this intersect with disability rights?

Individuals with disabilities are often the consumers of professional sexual services. People with limited mobility or some mental or emotional health challenges depend on sex workers to fulfill their natural human need for sexual relationships, intimacy, or emotional and spiritual connection. In the Netherlands, a disabled person can access the services of a sex worker once a month at the government’s expense as it is understood as a basic right. Currently in many U.S. jurisdictions, a person with a disability can be arrested for paying for professional sexual services (Harriet Tubman Collective).

Although the wellbeing and human rights of sex workers is urgent, the passage of the federal law FOSTA/SESTA and possible passage of other legislation that threatens everyone’s freedom of expression and liberty (including non-sex workers) and has made working conditions even worse for sex workers during COVID-19. These policies have pushed many workers back to outdoor/street–based work where they are less safe and face higher risk of experiencing state violence at the hands of police such as arrest or sexual harassment, and less ability to negotiate harm reduction practices for themselves with clients. 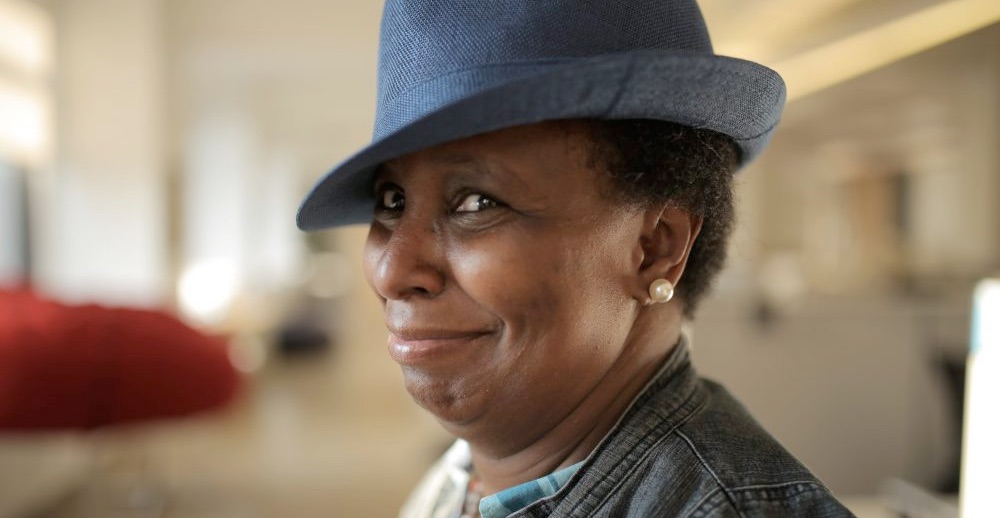 “When Dealing With The Shelter And Public Assistance, You Have To Have A Crisis To Actually Be Listened To. It’s Terrible . . . .”
– Maria