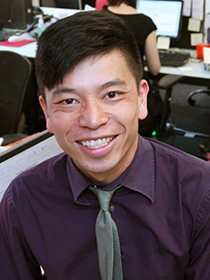 Clement Lee (he/him) is the Associate Director, Immigration Legal Services at the Sex Workers Project at the Urban Justice Center, and as part of SWP’s legal team, he provides legal services to immigrant communities impacted by sex work. In the past, he worked as supervising asylum attorney at the Central American Refugee Center, supporting a team of attorneys who serve asylum seekers fleeing violence, as well as immigrant youth detained by the U.S. government. Previously, he was the staff attorney of the detention program at Immigration Equality, where he represented LGBTQ asylum seekers whose interactions with the criminal justice system placed them at risk of immigration detention and deportation. Clement also previously worked as supervising immigration attorney at Make the Road New York and was a 2016 recipient of the LGBT Bar Association’s “Best LGBTQ+ Lawyers Under 40” Awards. In his work, Clement advocates for the rights of LGBT communities who have been persecuted on account of their sexual orientation or gender identity, or who have been trafficked, and other individuals whose undocumented status has pushed them to the fringes of the formal economy.